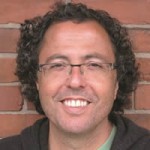 Chedly Belkhodja is a Full Professor in the Department of Political Science at the University of Moncton.  Until recently he was the Director of the Atlantic Metropolis Centre.  Currently, he is a Co-Investigator in the pan-Canadian Pathways to Prosperity Partnership and chairs the Project’s Standing Committee on Francophone Immigration.

Chedly’s research focuses on immigration destined to medium-sized cities and regions with low immigration rates. He is also interested in the policies and practices of regionalization in Canada and other advanced democratic societies. In this regard, he has developed a strong interest in the realities of new migrant destinations outside the “big metropolis” frame.  His interests also extend to the processes around this migration and how they affect the individuals concerned as well as members of the local communities to which the migrants are destined.   These processes are associated with increasing human mobility, growing regional economic development, national regionalization policies, citizenship practices, migrant participation in local activities, connections between local and transnational networks, and the place of migrants in the linguistic and education systems in minority settings. Chedly has also developed a research agenda built around the analysis of discourses and representations of cultural, religious and ethnic diversity in more homogenous settings.

Chedly’s work reflects the research priorities of the Pathways to Prosperity Partnership and is responsive to the needs expressed by immigration practitioners.  In this regard, his recent work on international students in the Atlantic Provinces, on the Korean immigration in New Brunswick, and on francophone immigration throughout Canada, illustrate very well many of the new issues of immigration outside of large cities. The results of his research have a bearing on policy issues that include the manner in which provinces and cities develop a capacity to attract immigrants; the nature and importance of the messages that are conveyed during promotional and recruitment campaigns; and the role of universities in the retention and employability of international students.