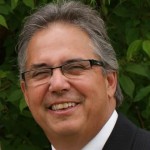 Gerry Clement is a graduate of the University of Winnipeg with a BA in Administrative studies.  In 2007, Gerry retired from the Manitoba Department of Labour and Immigration after serving thirty-two years in the federal and provincial public service.  As Assistant Deputy Minister, from 1997 to 2007, Gerry led the Immigration Division of his Department through one of the most vibrant and exciting chapters of its provincial immigration and settlement history.  During his tenure, he negotiated Manitoba’s agreement on the re-alignment of settlement service delivery as well as Canada’s first Provincial Nominee Program.  Prior to these duties, Gerry served as Executive Director in the Departments of Family Services, Employment Services and Economic Security and was Manitoba’s Director of the Immigration and Settlement Branch in the mid to late 1980’s.  Gerry initiated his public service career with the federal Employment and Immigration Commission where he worked in immigration program delivery in Canada and as a visa officer abroad.

In 2007, Gerry launched a private consulting practice (GLC Consulting  & Services) specializing in policy and program evaluation primarily in the immigration and settlement sector.  In the past four years, he has advised numerous public and private organizations including the Welcoming Communities Initiative; la Fédération des communautés francophones et acadiennes du Canada (FCFA) and the Faculté St. Jean at the University of Alberta. He was retained as special advisor by Probe Research Inc. of Winnipeg on an evaluation project involving the Saskatchewan Immigrant Nominee Program and has recently co-authored a case study on the realigned service delivery system in Manitoba 1999-2013.

Gerry served as a Governor on the Metropolis Prairie Centre Board of Governors (2002-2007).  He is currently involved in volunteer agency activity as the President of Abri Marguerite, a housing initiative for francophone refugees and newcomers in Winnipeg; Président of the Centre culturel franco-manitobain; and President of the Verve Taché Condominium Corporation.  Throughout his life, Gerry has been a committed and active member of his community, Saint-Boniface (Winnipeg’s French quarter), where he served on numerous committees and Boards as diverse as l’Association des parents-maîtres de l’École Taché to the Festival du Voyageur.