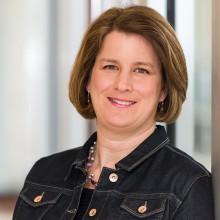 Louisa Taylor is co-founder and director of Refugee 613, a grassroots coalition of agencies and individuals supporting Ottawa’s response to the global refugee crisis. Refugee 613 helps to inform, connect and inspire residents to improve the settlement and integration of refugees in the national capital. In her past life as an award-winning writer and editor, Louisa’s journalism appeared in the Ottawa Citizen, the Toronto Star and Maclean’s magazine, among others. Louisa is co-chair of Welcoming Ottawa Week,  an annual festival of events celebrating Ottawa’s immigrant community, founder of @datafestOTT which explore intersections between migration and new technology, and serves on the Advisory Committee on Social Innovation, which explores new policy ideas in settlement and integration for Immigration, Refugees and Citizenship Canada.

Louisa says: “I was honoured and excited to be invited to co-chair Welcoming Ottawa Week. It’s a fantastic opportunity to bring old and new Canadians together to celebrate what we have in Ottawa, and look ahead to the great city we’re building.” 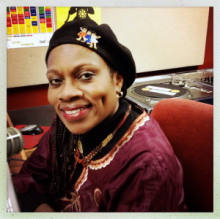 A translator by trade, Kenyan-born Sarah Onyango is a well-known fixture on Ottawa’s community media scene. She hosts the monthly African cultural program Fontonfrom, on Rogers TV Cable 22 – Ottawa as well as the weekly radio programs, Black on Black and Afrika Revisited on CHUO 89.1FM (University of Ottawa community radio). She is very active in the Black community in Ottawa, and has done a great deal to promote its people, organizations, causes and events. To make it easier for the Black community to stay connected, Sarah created a website called BlackOttawa411 which has become a virtual community “hub” of sorts. In addition to volunteering as a radio and television host and producer, Sarah has emceed and helped organize various community events as well as diplomatic functions. Sarah is also a board member of Black History Ottawa, where she is responsible for public relations and outreach activities. Since 2008, Sarah has also been a member of the United Way/Centraide Ottawa Community Builder Award Recognition team.

Sarah says: “I am thrilled and proud to have been asked to be a 2014 Welcoming Ottawa Week co-chair! This community-building initiative provides an ideal platform for Canada’s capital city to show off one of its most precious resources: its people! What a fabulous way to celebrate the many diverse immigrant experiences and contributions that make Ottawa such a dynamic city!”