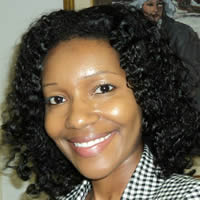 Originally from the Republic of Guinea in West Africa, Salimatou Diallo moved to Canada over 12 years ago. After earning a Bachelor of Business Administration with a major in finance from the Université du Québec à Montréal, she moved to Ottawa in 2004 to pursue a master’s degree in project management. This was the beginning of a period of discovery and awareness French Speaking minorities issues in Ontario. Today, she coordinates the Centre d’information en ressources financières of the organisation Assemblée de la francophonie de l’Ontario, the leader and spokesman for Franco-Ontarians. She is a member of the Board of Connexions Continents, an NGO whose mission is to support the development of Francophone communities worldwide through the exchange of experience and expertise to promote sustainable and fair community development.