History and Legacy of Refugee Resettlement In Ottawa – A PRIMER 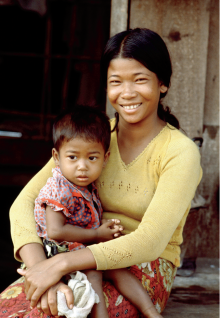 Canada has made significant contributions to refugee resettlement efforts over the years, especially since the end of World War Two. We have welcomed more than a million refugees who have adopted Canada as their home and made tremendous contributions to Canadian society. As the Honourable John McCallum, Minister for Immigration, Refugees, and Citizenship Canada, recently observed, two Governors General of Canada, Adrienne Clarkson and Michaëlle Jean, arrived in Canada as refugees, as did his colleagues, the Honourable Maryam Monsef, Minister of Democratic Institutions, and the Honourable Ahmed Hussen. These are illustrious examples, but they are joined by many others who have quietly built good lives for themselves and for their descendants in Canada.

Now more than ever, it is of the utmost importance that Canada continues to be a place of refuge. The world is in the midst of a refugee crisis of unprecedented proportions. According to the Office of the United Nations High Commissioner for Refugees (UNHCR), there are nearly 60 million forcibly displaced people fleeing war, persecution, and danger worldwide. Although most are displaced within their own countries, over 14.4 million fall under the UNHCR mandate as refugees.