The Fight for Paid Sick Days at City Hall

In fall 2020 I brought a motion to City Council that called on Mayor Watson to write a letter to the Ford government requesting that they establish seamless job-protected sick leave that would allow workers to access up to 10 days paid leave related to COVID-19.

Paid sick leave in Ontario just made sense: our municipality and our public health unit were already dealing with the consequences of the absence of such a policy, and there was plenty of evidence stemming from even before the pandemic that paid sick leave would not only benefit workers, but businesses, too.

Unfortunately, the Mayor and many members of Council opposed and defeated this motion, arguing that it was anti-business and outside of our jurisdiction as a Municipality. Parroting the Ford government, the federal government’s sick leave benefit was also raised as a reason for inaction at City Hall. The federal benefit, however, does not excuse provincial governments from their jurisdiction over workplaces, especially when the federal benefit is so inadequate. 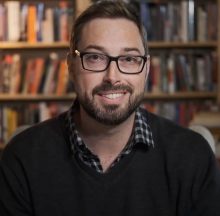 We simply believe—in contrast to the federal benefit—that workers should be able to miss work when they are sick, without it being contingent on the percentage of days missed in a particular week, without needing the illness to be confined to two weeks within a calendar year, without seeing a reduction in income for time missed due to illness, and without the uncertainty of an after-the-fact application.

The narrow-minded opposition at Council was disappointing, but our office was undeterred and resolved to bring something to the Ottawa Board of Health (of which I am a member) for consideration. Despite some minor opposition, our motion at the Board of Health last month passed. Ottawa’s Board of Health has now joined Toronto’s in requesting that the province require employers to provide no less than five paid sick days annually to workers, and that they provide the necessary support to employers to see this number increased to 10 paid sick days in the event of a declared infectious disease emergency such as the COVID-19 pandemic.

The need is clearer than ever.

Thankfully, a growing chorus of voices are speaking out in favour of paid sick leave in Ontario, including public health professionals from across the province, several Ontario municipalities, opposition politicians at Queen’s Park, and working-class activists (especially those involved with the Fight for $15 & Fairness). Even the Ontario Chamber of Commerce has changed its tune on paid sick leave.

The momentum needs to continue to build, increasing pressure on this folksy government for the wealthy few. We’re proud to have contributed in our own small way. However, the fight for our city, and for a province that puts people first, is far from over. We need you to get involved, to demand more from politics and politicians.

Shawn Menard is a City Councillor representing Capital Ward and is also a member of the Ottawa Health Board.